Title: The Retribution of Mara Dyer

“Mara Dyer wants to believe there’s more to the lies she’s been told.
There is.

She doesn’t stop to think about where her quest for the truth might lead.
She should.

She never had to imagine how far she would go for vengeance.
She will now.

Loyalties are betrayed; guilt and innocence tangle, and fate and chance collide in this shocking conclusion to Mara Dyer’s story.
Retribution has arrived.”

My gaze flicked to his hand. His fist was curled around a small tape recorder. I moved his fingers—still warm—and pressed play. A male voice started to speak.

‘Do I have your attention?’ the voice said.’”

Mara Dyer and Noah Shaw found out they have powers. Jude, Mara’s ex-boyfriend has been out to kill her because Mara’s powers killed his sister, Claire. Eventually, Mara is put into a mental treatment centre for youths because her powers have made her seem psychotic, where Dr. Kells the main doctor there is the mastermind behind Jude. It follows the story of Mara and Noah trying to uncover all the secrets of their powers.

Tips and Good Facts to Know Before Reading:

I read the first books when one of my good friends recommended it to be saying it was amazing and chilling. After reading it, I learned these things about Michelle Hodkin:

Coming into the final conclusion of her whole story, I kind of got used to her writing and knew what to expect. I figured out how her plots work and how there would be twists so I thought I was prepared. I was oh so wrong.

The second book ended with Dr. Kells behind everything single part of the story. She manipulated every little bit of the plot, and even when Mara thought she was ahead of Kells she wasn’t. Then Mara gets the news that Noah is dead.

Well, the third book begins with a prologue. It was a bit confusing since it didn’t start perfectly aligned with the second book’s ending.

Here’s the ending of the second book:

“They rattled my cage to see if I’d bite. When they released me, they’d see that the answer was yes.”

Now the beginning of the third:

“The examination of Mara Dyer was taken on [redacted] at the Horizons Residential Treatment Center for Behavioral Health. 31821 No Name Island, Florida. Video transcript tune: 2:13 p.m.”

Most readers like me waited for this book a long time ago and I feel as if we deserve a small refresher. The prologue was captivating and mysterious, but it just made the plot in my head a mushy blob. I couldn’t figure out what was going on and to collect my bearing it took a while.

I suggest reading a summary online or read the last two chapters of books two before starting the final book. Although it seems annoying when you’re eager to read the conclusion, it will be worth it I promise.

The plot of this book was like a roller coaster. It started off really slowly and I had to stop reading and come back to it many times. There was nothing really exciting at the beginning, but when the roller coaster really starts going, it is a fantastic ride!

Near the middle, there is a lot of action and suspense. As well, Michelle Hodkin does what I call the seed planting. She starts off with all the clues (seeds) she wants to give you and then plants a few every once in a while. Lots of authors do not do this well. It is the balance between giving away too much and boring the reader to death. The spaces between the clues were just perfect in this book.

I will finally admit it now in this review. I felt like Mara dyer (not in the psychotic way). Kells in this book is always two steps ahead of Mara. Well, Michelle Hodkin is always three steps ahead us. Every time I feel like I’m so smart because I think I figured something out and I feel like I can piece all the clues together, I can picture Ms. Hodkin smirking at me and saying “really did you think it was going to be that easy?”

I know that the characters of this series have never been deep, but in this book I got really frustrated. Perhaps I was just in a bad mood that day? Maybe I spilled coffee on myself? I don’t know, but Mara and Stella were so flat and plain. Mara only wants Noah. Noah this. Noah that. I thought there could have been more to her. Perhaps who she is, not just how much she wants to get the guy.

When Jude, the bad guy, can hurt Mara, guess what Mara does? She trusts Jude because Jude claims Noah is alive.

‘He helped us get out of there.’

Stella… I don’t even know what to say about Stella. I feel as if I know nothing about her. So she can read minds. Yeah… that’s it. The character build up of Stella was really rough and it just skimmed the surface. There was much more possibility with her. She could have been anyone. I would have loved to know her personality. Is she sarcastic, shy, witty? Anything! I just wanted more characteristics to make her feel like a realistic character or simply a character.

There are characters you will enjoy more. I loved Daniel, Mara’s brother. His appearance was a comic relief! Through the darkness their bickering was a bit of light and happiness. He was also very smart which brought a new perspective in uncovering the truth (plus he constantly spits out a few funny facts). Jamie was a comic relief as well. His banter was very short and sweet, and always making em laugh. I know you want a quote that’ll make you laugh as well. Well, voila!

“I looked up at the video camera and stared. Then raised my hand and gave it the middle finger.

‘I thought you were going to give it the District Twelve salute,’ Jamie said.”

The last part I want to mention before finishing off would be the ending. I expected a lot from this book. There were so many questions and loose threads. Why do they have powers? What’s going to happen to the other people with powers around the world? I mean there were two books before this, there is literally so much build up and I was so desperate for a solution! The ending still had way too many loose ends to me. To be more specific, some threads were tied but then twice as many threads were cut. The explanation for the powers was dull. I wanted fireworks and sparks! SPOILER AHEAD!

Years ago, somebody did tests and developed these powers passed from generations… Instead I basically got that.

This book had its ups and downs. I would recommend this to everyone who has read the first two books of the series. Because why not? You’ve come so far don’t back out.  Personally, I think if you started the series, you should finish it even if you don’t end up liking the ending. This way, you can still feel complete (maybe it’s just me?) because most of your questions can be answered. No more from me. You need to find things out by reading the book. My final rating of this book is 3 out of 5.

Last note and I promise it’s good. So for those of you who don’t know, authors have websites and they are amazing! Michelle Hodkin is one of those cool authors that give bonus content on her website. When you enjoyed a book I highly suggest going to the authors website to check for bonus content. If you enjoyed Mara Dyer, there are some special scenes on the website. Here is a link:

The perfect tea to drink while reading this (you can drink anything similar that you find but you can find it at Teavana): 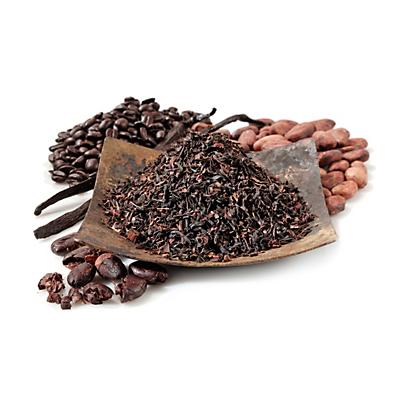 JavaVana Mate Tea is dark and a bit mysterious. Sure sets the mood for this book!